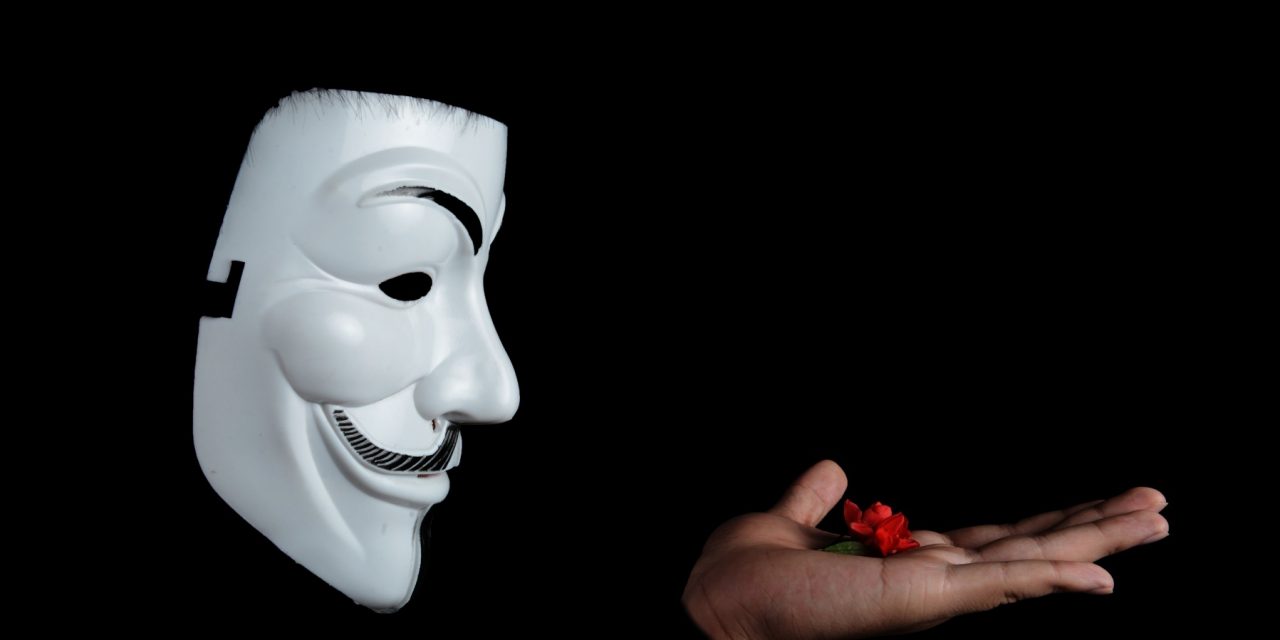 The regulation of online anonymity is posing a challenge to the policy makers worldwide. It is due the fact that anonymity is regarded as a double edged sword – having great value in terms of freedom of expression as well as potential harms to internet users. The scholarship on the regulation of online speech suggests a balanced approach to uphold constitutional rights at one hand and protect the users on the other hand. There are, however, some voices that call for a blanket ban on anonymity and favor full disclosure of users’ identity in the cyber space. This essay counters the absolute disclosure requirement for the online community and presents a case study of Pakistan as an argument that how circumstances are not always and everywhere remain conducive to exercise the universal freedom of expression and overall liberty. It also highlights the crucial characteristic of online anonymity as a guaranty to the right to life.

The concept of anonymity

The concept of anonymity seems to be simple when considered in an everyday usage; however, it has similar theoretical difficulties like its umbrella theme of privacy when it comes to legal regulation and policy making. The dictionary meaning of anonymity is “the state of remaining unknown to most other people”.[1] According to the Black’s Law Dictionary, “a publication, withholding the name of the author, is said to be anonymous”. Therefore, it seems to be a relational concept which can be better understood in juxtaposition to identity.[2]

Although, anonymity has many layers and levels of obscurity yet it is generally divided into two major kinds: a) true/actual/absolute anonymity; b) pseudonymity. In the former case, no trace of identity of whatsoever nature is left behind. It is believed that an absolute anonymity is next to impossible and the user resorts to it under rare circumstances. It also entails criminal intentions in most of the cases. In the case of pseudonymity, the subject is known to the recipients of communication but with a disguised identity. Usually, abstract pen names or aliases are used in such cases. Contrary to the former level of concealment of identity, this type of anonymity does not require so much effort because, in many cases, there are no criminal intentions behind it.

The history of anonymous speech is as old as the speech itself. The typical characteristics of online communication have brought it to the forefront of intellectual discourse but it does not mean that it has been discovered in the aftermath of internet. It was very much present in the physical spaces long before cyber space was invented or even conceived.[3] For instance, William Shakespeare is regarded a pseudonym and, if that is the case, nobody knows the real identity of the actual author of spectacular pieces of English literature.[4]  There are many instances where prominent historical figures confronted the prevalent odds while remaining undercover to escape reprisal and persecution at the hands of the people at the helm of affairs. The role played by anonymity or pseudonymity in challenging oppressions of particular community, discrimination and human rights violations, financial corruption of big corporations, wrongdoings of the ruling elite and misuse or abuse of religious clout by the clergy is generally acknowledged. Moreover, even in modern times, the protection of whistleblowers in both public offices and corporate sector and the privilege of confidentiality available to the ‘source’ of journalistic enterprises are not only well-recognized but these enjoy legal and constitutional protection as well.[5] In recent past, we have witnessed how various kinds of leaks played a crucial role in raising human rights’ awareness at one hand and an agitation for transparency on the other hand. In this regard, WikiLeaks and Panama Papers[6] hit the headlines and still making a follow up appearances continuously in the news worldwide.[7]

Anonymity, Free Speech and the Right to Life

The right to free speech and expression is an inalienable right of human beings. It is one of the core characteristics of human dignity which demands an unrestrained expression of one’s views unless restricted by other countervailing interest, worthy of equal or more protection. In order to exercise this right, man always seeks favorable circumstances. These circumstances may not always be ‘favorable’ for free speech and, it is possible, that there might be serious consequences of expression of one’s thoughts, opinions as well as sharing of information one holds. In such circumstances, it is the anonymity that comes to the rescue of both rights of speech and security of life. Due to this reason, anonymity is regarded as a sine qua non for the fearless exercise of free speech right particularly in closed societies.[8] Recognizing the importance of anonymity, the United States Supreme Court once observed, “Anonymous pamphlets, leaflets, brochures and even books have played an important role in the progress of mankind. Persecuted groups and sects from time to time throughout history have been able to criticize oppressive practices and laws either anonymously or not at all.[9]

The Case of Pakistan

As earlier stated, to speak freely is a feature of dignity and an extended dimension of the right to life. In many societies, it is not possible, due to laws and social norms that do not meet human rights standards, to exercise the right to free speech exhibiting ones actual identity. There have been ample instances where anonymity becomes a crucial element for the security of life and freedom of expression. Islamic Republic of Pakistan is one of such jurisdictions where there are many such odds that make anonymity as a guaranty to the right to life. The narration of real life events from the recent pat would explain how the rights to life, free speech and liberty have been posed with serious threats. These incidents include the ‘honor killing’ of a TV model and social media celebrity when the local media publicized her actual identity. Secondly, a university student was lynched recently on the suspicion of having posted ‘blasphemous martial’ on Facebook. Thirdly, four prominent persons including a university professor and a human rights activist were forcefully ‘disappeared’, allegedly by security agencies on the suspicions of running blogs and Facebook pages having either ‘blasphemous’ content or contained criticism on the political role of military establishment.

A Look into the Legal Regime of Liberty and Free Speech

The Constitution of Pakistan guarantees the right to life and liberty as well as freedom of speech with certain limitations. Article 4 reads: To enjoy the protection of law and to be treated in accordance with law is the inalienable right of every citizen, wherever he may be and of every other person for the time being within Pakistan. (2) In particular- (a) no action detrimental to the life, liberty, body, reputation or property of any person shall be taken except in accordance with law; (b) no person shall be prevented from or be hindered in doing that which is not prohibited by law; and (c) no person shall be compelled to do that which the law does not require him to do.

Although, the constitution guarantees the fundamental liberty and enjoins against the unlawful action that is detrimental to life and liberty, however, there are certain social practices prevalent in Pakistan that critically hamper the exercise fundamental liberties. Honor killing is one of such practices rampant in Pakistan.[10] Honour killing is a homicide that is carried out by the family members of the victim with a belief (or doubt in many cases) that some action of the deceased has brought ill-repute or shame to the family or tribe. The allegations levelled by the offenders against their targeted family members range from involvement in the adultery to any kind of act that has the potential to bring ‘shame’ and ‘bad name’ to the family. In some cases, a mere refusal of a marriage offer previously assented by family elders may also result into grievous hurts or even murder. In this vein, the female population of rural areas of Pakistan in particular has to observe immense care to communicate through information technology. An email, WhatsApp message, or an SMS have a great potential to become a life threat. In such circumstances, it becomes imperative upon the individuals to take extra measures to conceal their identity, location,[11] communication recipients as well as the content.

The freedom of speech along with its limitations is provided in Article 19. It reads: Every citizen shall have the right to freedom of speech and expression, and there shall be freedom of the press, subject to any reasonable restrictions imposed by law in the interest of the glory of Islam or the integrity, security or defence of Pakistan or any part thereof, friendly relations with foreign States, public order, decency or morality, or in relation to contempt of court, [commission of] or incitement to an offence.

The exceptions or limitations attached to the exercise of free speech are of a very broad and open ended nature. Contrary to it, country having the typical features of weak institutions, gross power imbalance between opposing parties, vested interested groups, far conservative and extremist groups must demonstrate uninhabited resolve to fundamental rights. The exceptions should ideally be framed in a manner that has no or limited chances of exploitation against vulnerable groups or individuals. The inclusion of subjective terms like glory, integrity, decency and morality has a potential to be interpreted in a variety of ways. It creates a doubt over the state’s unwavering protection of free speech.

In spite of the constitutional protection provided to the free speech, Pakistan has two sensitive areas which are given almost an absolute preferential treatment. The speech that in any way linked to the blasphemy and criticism over military establishment always carries grave consequences in the shape of either exposing the speaker to mob-justice or being tried under a faulty system for administration of justice. In both cases, the results have been observed to be a severe miscarriage of justice. Following are the instances of grave human rights violation.

[4] Palme, Jacob “Anonymity on the internet” available at:  http://dsv.su.se/jpalme/society/anonymity.pdf.

[5] See for example Goodwin v. United Kingdom, 22 EHRR 123 Court European Court of Human Rights (1996). The court held that the liability of journalists to reveal their source would seriously hamper their functions as a watchdog of wrongdoings in a society.

[7] Bastian Obermayer of Süddeutsche Zeitung has never disclosed the identity of his source that transferred the data regarding thousands of offshore companies registered in Panama,  https://www.theguardian.com/news/2016/apr/16/panama-papers-inside-the-guardians-investigation-into-offshore-secrets.

[10] According to the findings of Human Rights Commission of Pakistan, a total of 15222 offences have been reported in the period from 2004 to 2016, http://hrcp-web.org/hrcpweb/campaigns/.

[11] In one incidence of honour killing in May this year, the uncle of the deceases girl confessed that he had traced the girl through her mobile data record with the help of local police. It became possible as the accused was a constable in the local police and had personal connections. The story can be found on this website:  http://www.bbc.com/urdu/pakistan-39800820. 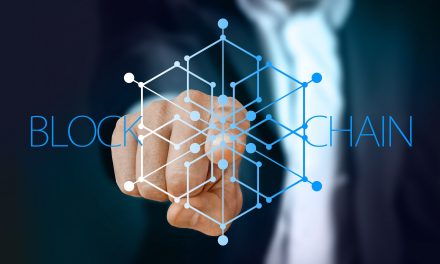 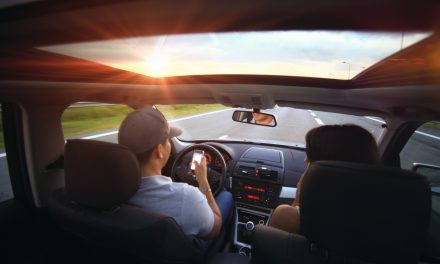